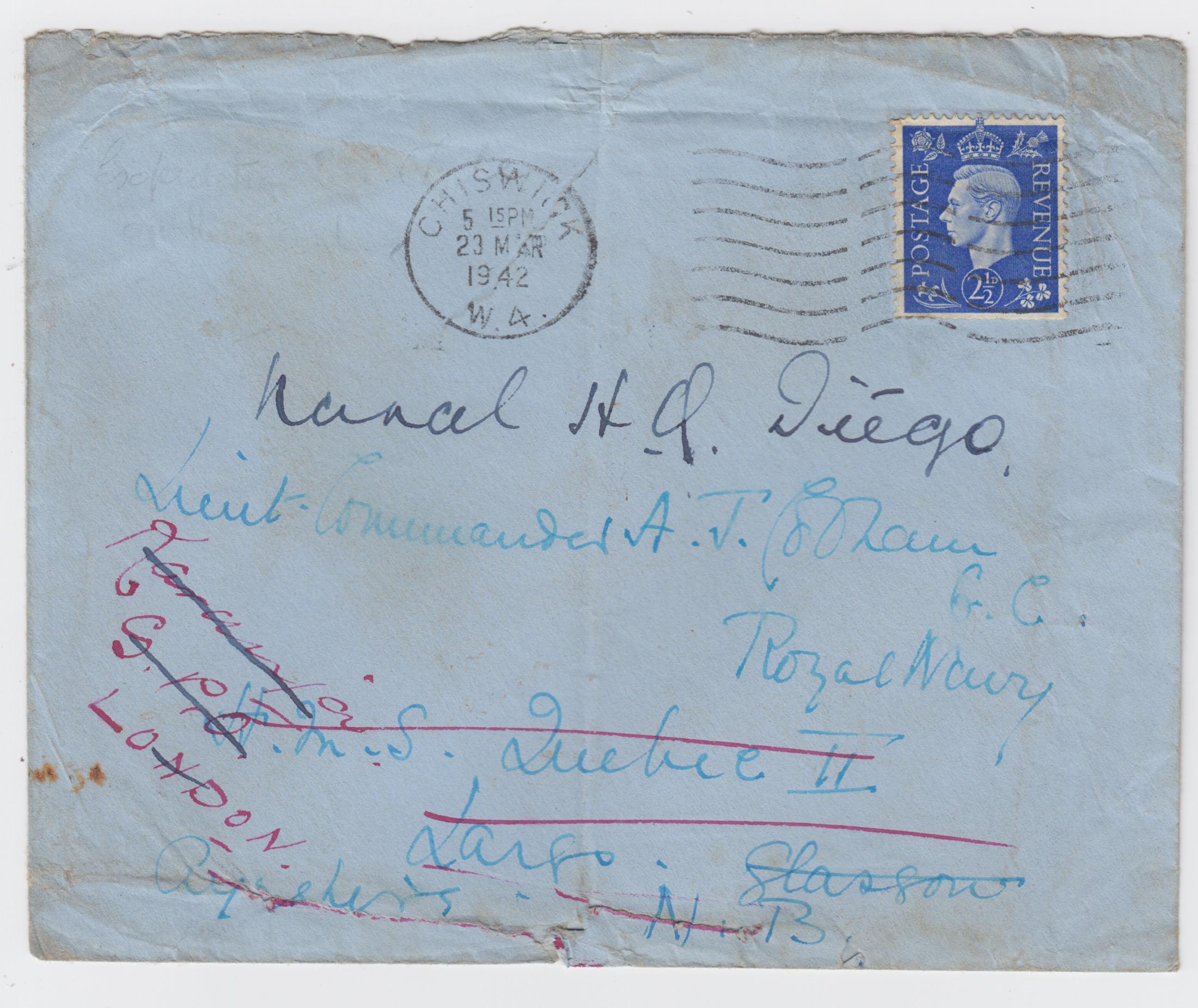 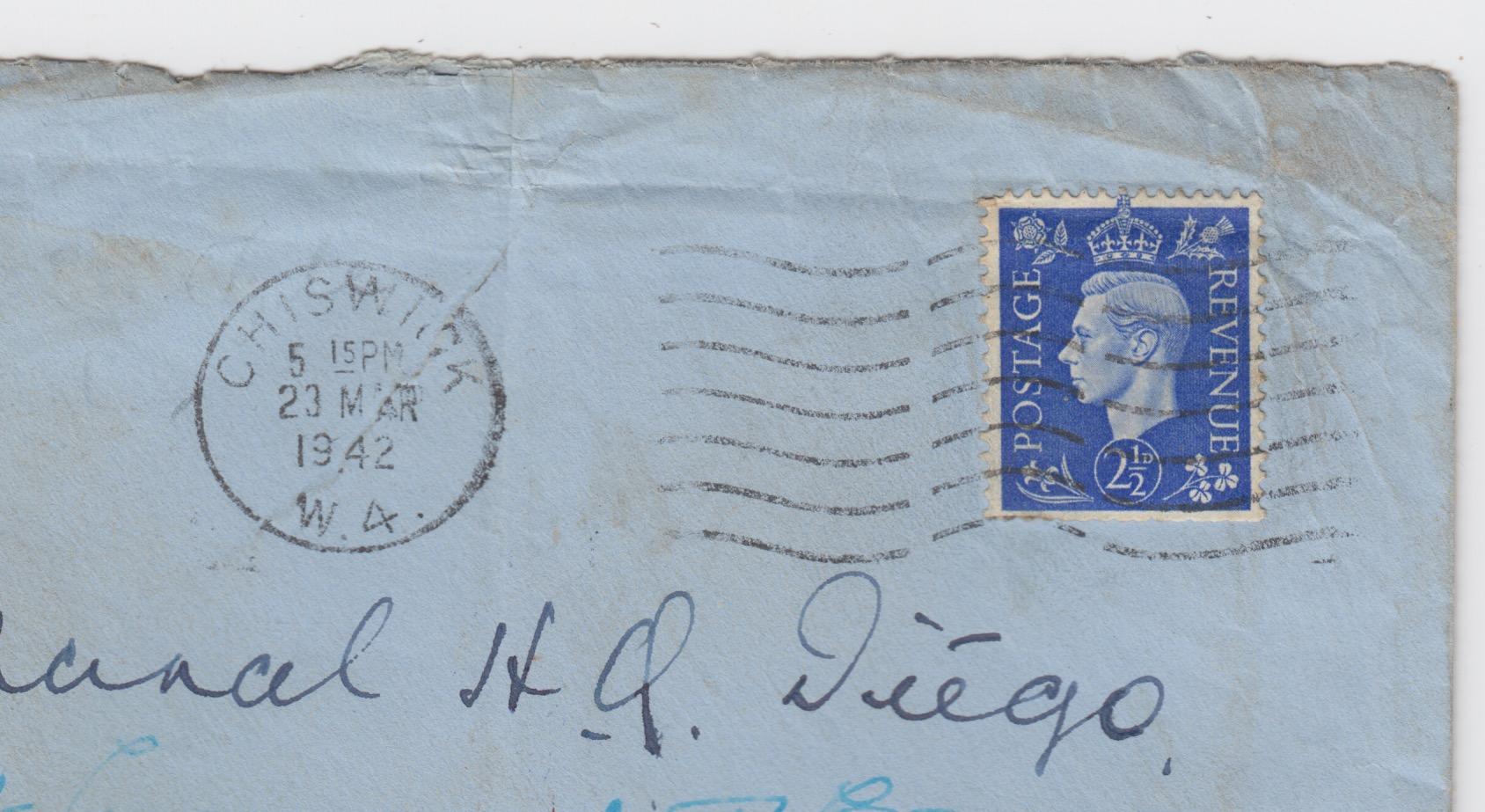 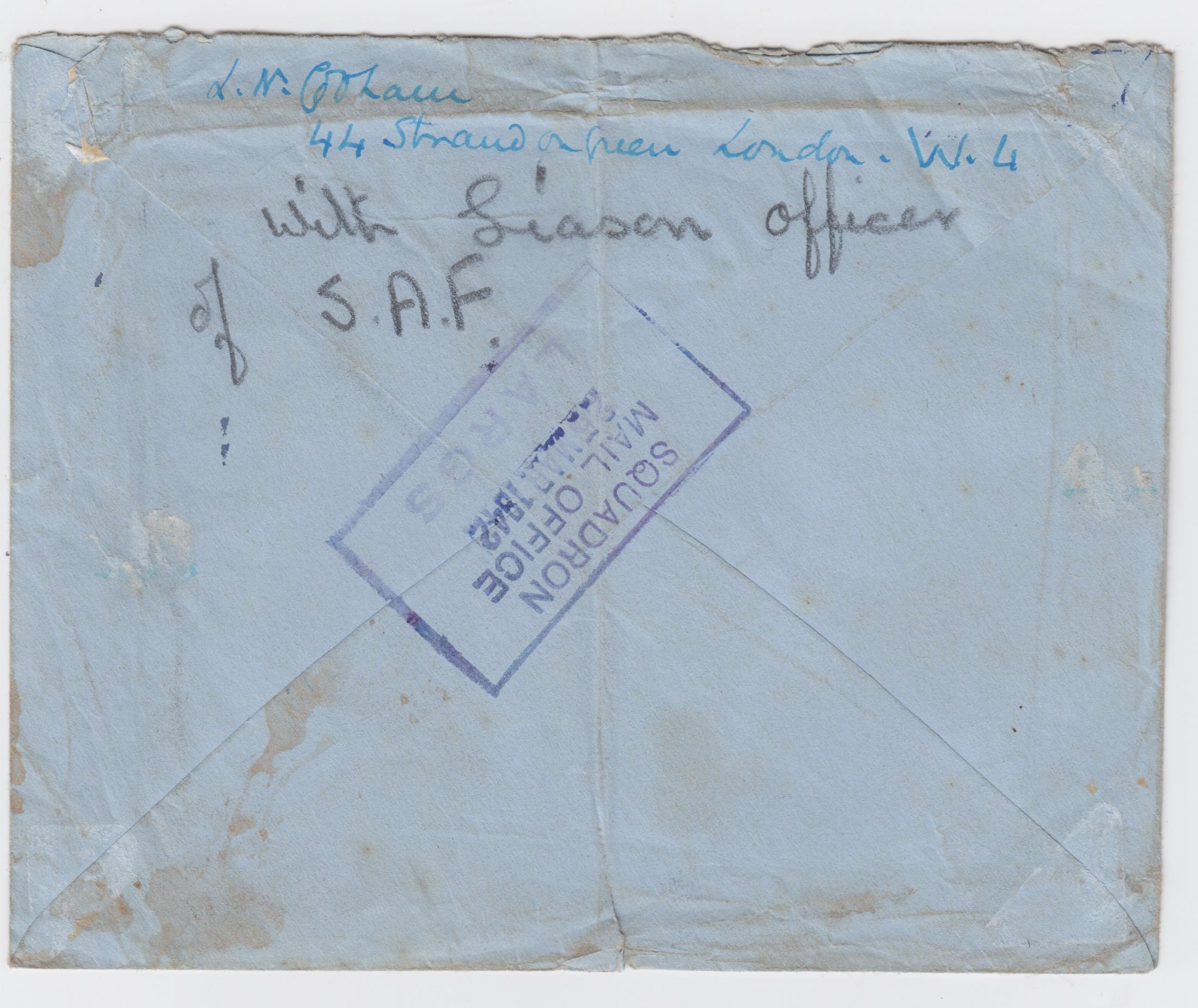 The cover was posted the day that Lieut Commander Cobham left Largs to join Operation Ironclad, the invasion of Madagascar.

Anthony John (Scoter) Cobham EGM/GC, MBE was born on 10th October 1909 in Penang, Malaysia, the son of Percy and Leila (Treacher) Cobham. His father was a rubber planter in Penang and his father in law was Sir William Hood Treacher, Resident General, Federated Malay States from 1902-04. Anthony returned to England for his schooling and joined the Royal Navy as a cadet at Dartmouth in 1923.

He served on a number of ships including “Winchester”, “Vimy”, “Electra” and “Eclipse”. On 26th July 1929, he was serving aboard HMS Devonshire off the Greek island of Skiathos when the incident occurred that saw him awarded the Empire Gallantry Medal.

HMS Devonshire was carrying out full calibre firing when at the first salvo there was a heavy explosion in X turret, which blew off the turret roof. Marine Albert Streams EGM was the only man in the gun turret who was not killed or fatally wounded. He instinctively climbed to the top of the turret but, on looking down and seeing the conditions, he climbed back into the smoke and flames, notwithstanding the grave risk of further explosions. He then helped evacuate the dead and wounded; when all were removed, he collapsed. Cobham immediately took stretcher parties, including Able Seaman Niven GC, aft and ordered one crew to follow him and the other to rig hoses. On reaching the turret, they assisted the men who were on fire. Cobham and Niven did what they could for them and then went into the turret, where there was still a lot of cordite burning fiercely. They evacuated the wounded and brought out the dead bodies.

Cobham was awarded the EGM alongside Niven and Streams (though Streams died before the exchange for GC). In 1939, Cobham joined the battleship “Barham” and took part in a number of actions in the Mediterranean. He was aboard the Barham when it was torpedoed and sunk off the Libyan coast in 1941, and he was rescued. He returned to the UK and became a Beachmaster at Largs in Scotland. In May 1942, he took part in Operation Ironclad, the invasion of Madagascar. He later repaired the German merchant ship “Wartenfels” and sailed her to Bombay.

He was due to return to the UK but was recruited into the RN Commando in Bombay and took part in missions behind Japanese lines in Malaya, and along the Arakan coast in Burma.