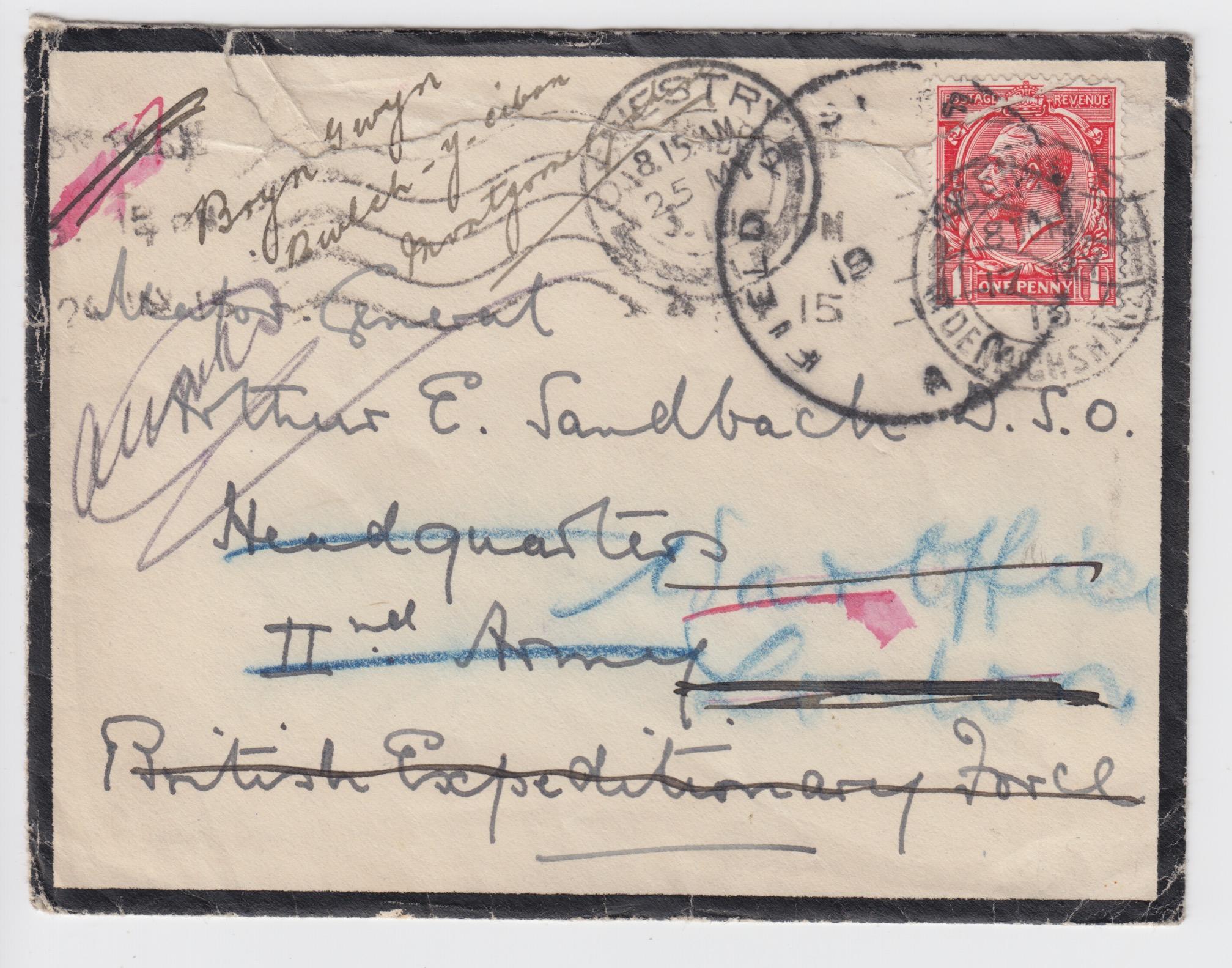 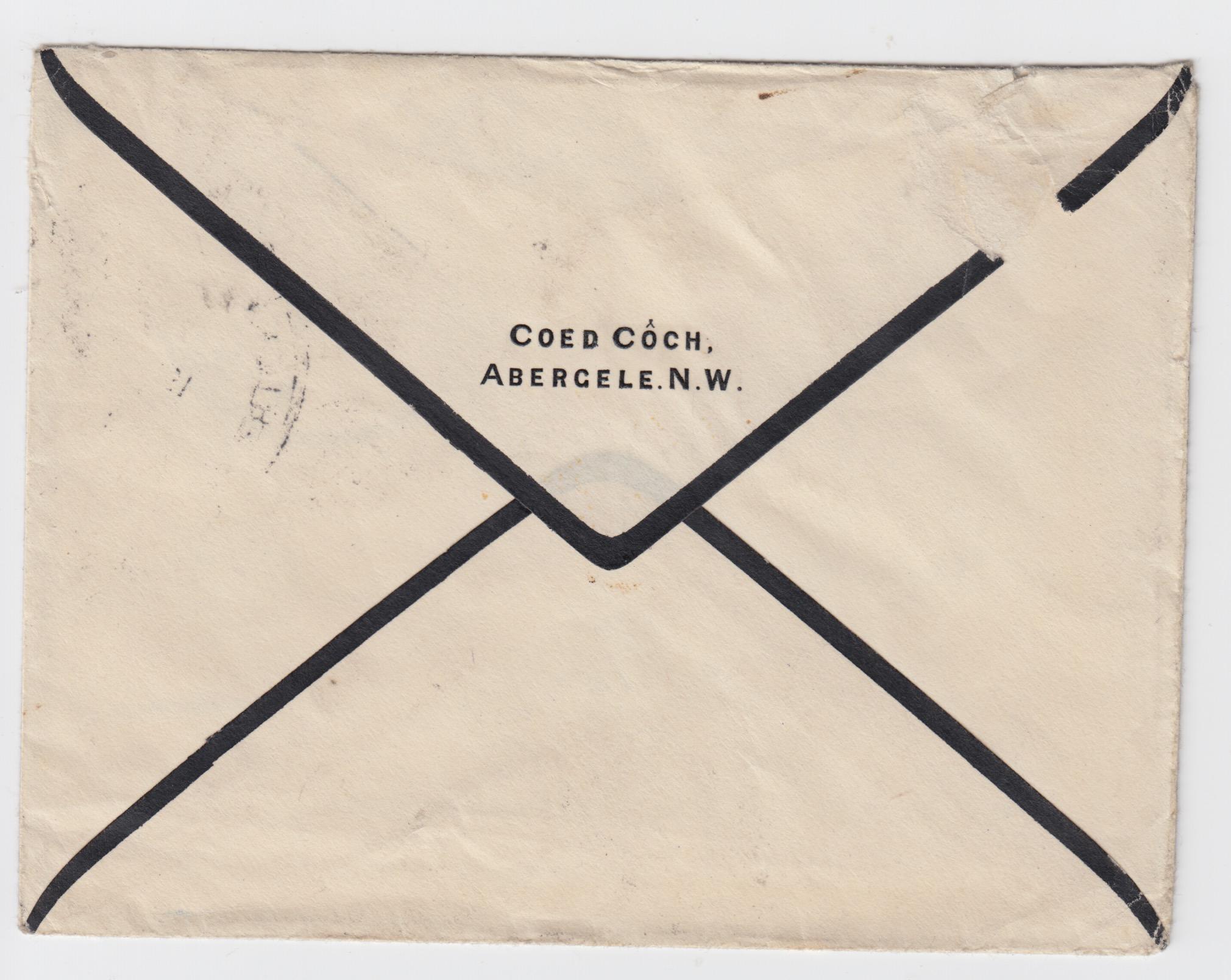 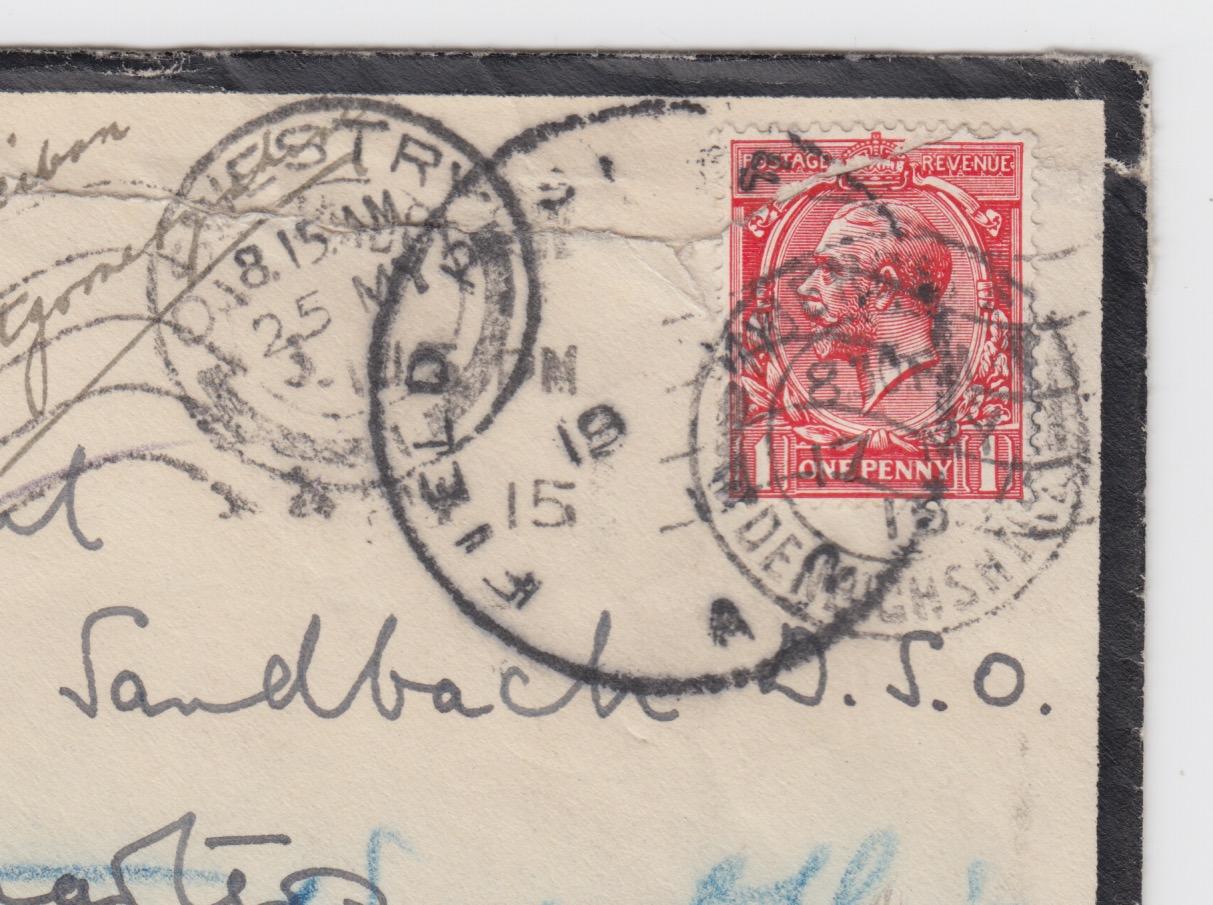 A WW1 mourning cover from Coed Coch, Abergele, initially posted cancelled Abergele Denbighshire 17 May 15, redirected with the large s/r Field Post Office A datestamp 19 May 15, no censor the an OSWESTRY 25 MY 15 cancellation as part of the redirection. Marked in blue crayon 'War Office London'

Sent to Major General Arthur E Sandbach, with the Abergel datestamp this was likely posted from the family home at Hafodunus Hall in North Wales, where the General's grandfather Samual Sandbach (a wealthy slave traders/owners) had a large estate.

Arthur Sandwich joined the Royal Engineers after training at the Royal Military Academy at Woolwich in 1879, three years later he is serving in the Anglo Egyptian War 1882, then the Sudan Campaign 1885 and then provided the Royal Engineer lead in a Burmese Expedition 1886 - 87. In 1889 he was Military Secretary to the Viceroy of India and was then awarded a DSO in the Boer War.

At the outbreak of WW1 he was serving with the Irish Command, but was sent with the BEF to France, he was recalled to the War Office shortly before this cover was posted, thus the redirection in blue 'War Office'. Then in 1916 commanded the North Midland Division sent to Dublin following the Easter Rising..... a rather disastrous situation with the regiment suffering huge losses with poorly trained new recruits.

Condition as shown: Torn across the front/ top